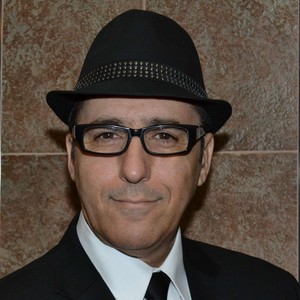 DJ Gilbert Hamel’s passion for music began at an early age, when he listened to music his parents enjoyed back in the day. He bought his first Dance records in 1976 and with the arrival of Disco on the Radio waves. Gilbert knew his calling was to be a DJ. His first experience behind the tables was in 1975, fast forward to 1980 he began working in a neighborhood Bar / Lounge which he was associated with for 25 years. He is a graduate of the renowned school Musitechnic and now he performs as a DJ for MixHitRadio and various events with Classic Disco 54 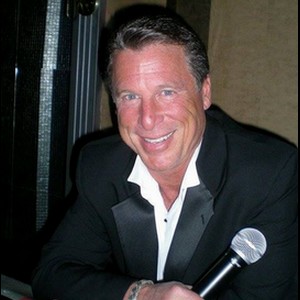 Montreal native Sheldon Caplan is well known in various entertainment circles as “Mr. Disco”. His long presence in the music industry and the promotional trade, makes Sheldon the perfect person for the organization and promotion of various Disco partys and events held in Montreal and surounding areas. As the founder of Classic Disco 54 and CEO of MixHitRadio his vision of quality is always top priority to ensure everybody has a very enjoyable time at any of his events. 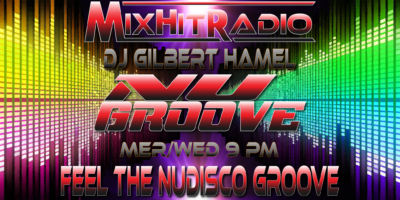 Nu Groove focuses on Nu Disco. It is inspired by the”happy” and festive sounds of 1970s and 1980s disco, while keeping the groove and instrumentation of the synthesizers enveloping it in a house style. You will hear  Soulful House, Vocal House, Nu Disco and Disco edited and remixed. 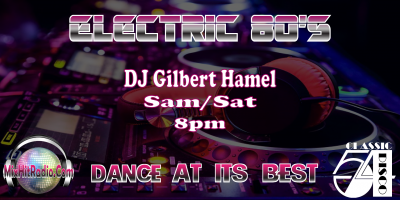 Step into the 80s world as, Tears For Fears, Depeche More, INXS, Billy Idol, Madonna, TalkTalk, SoftCell, Rick Astley, Samantha Fox and many more are part of the regular music rotation of this show. A 2 hours show that makes you relive the madness of these beautiful years. Saturday 8pm. 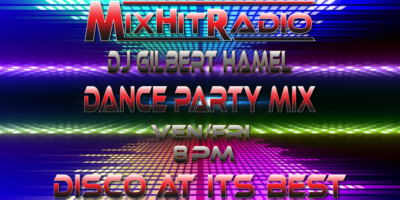 For a very special dance experience, The Dance Party Mix is a Show not to be missed . Relive the Disco music of STUDIO 54 as you have never heard it before. For 3 fun hours DJ GILBERT HAMEL spins the Biggest and Best
Disco. Friday 8pm. 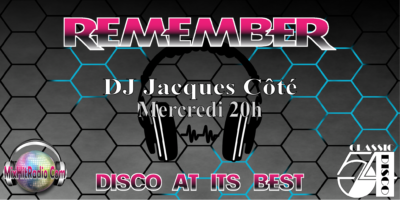 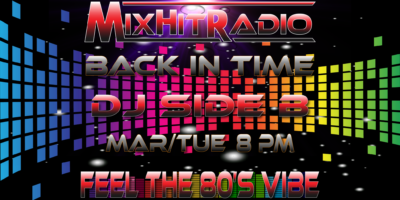 DJ Side B is aptly named because he likes to play the flip of some tracks. This brings a whole new dimension to his already vast repertory. While transporting you from Dance to Alternative, you will have the pleasure to hear your favorite successes. Tuesday 8pm.